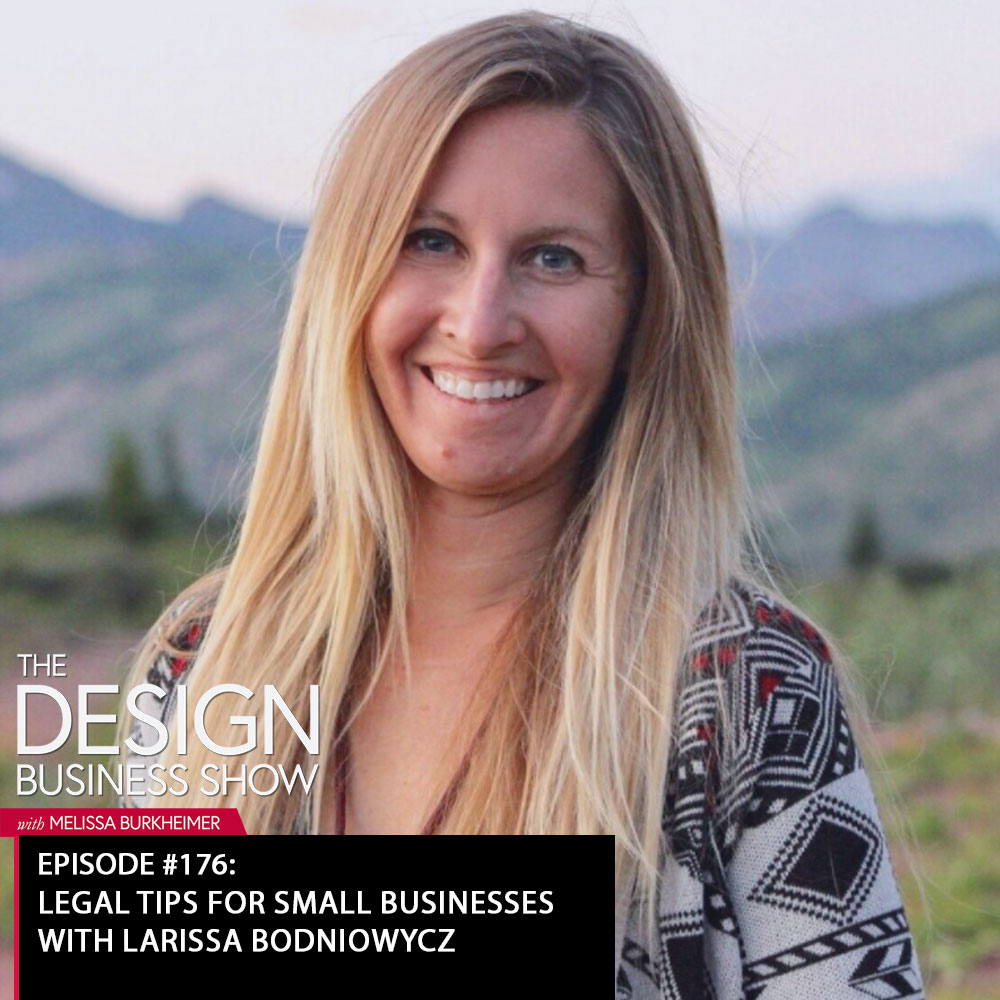 Larissa Bodniowycz is a traveling attorney with over a decade of diverse legal experience. She is the founder of Bold City Legal, a digital law firm that provides DIY and custom legal services to small businesses. Larissa prides herself and the firm on providing professional legal representation in a casual atmosphere. She’s passionate about helping teach small businesses how to use the law to grow and protect what they’ve worked so hard to build.

On weekends, you can find Larissa in the woods – hiking, camping, and taking photos. She attributes her ability to juggle a lot at once to the time she spent in the circus while in college. (Yes, you read that right.)

Larissa’s Start to Law + Starting Her Own Business

Finding an Attorney + Types of Agreements